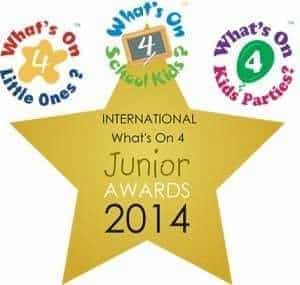 Gymboree UK is delighted to announce that they have once again been nominated for the What’s 0n 4 Little Ones awards. After winning ‘Best National Pre-School Development Activity’, in 2009, 2011,2012 and 2013, Best National Party Entertainer in 2012 and 2013  and Outstanding Activity Leader South 2013 Guy Lewis (Gymboree Brighton and Hove) and Winner Best National Activity Leader in the UK 2013, Guy Lewis (Gymboree Brighton and Hove), Gymboree is now up for the 2014 awards for: